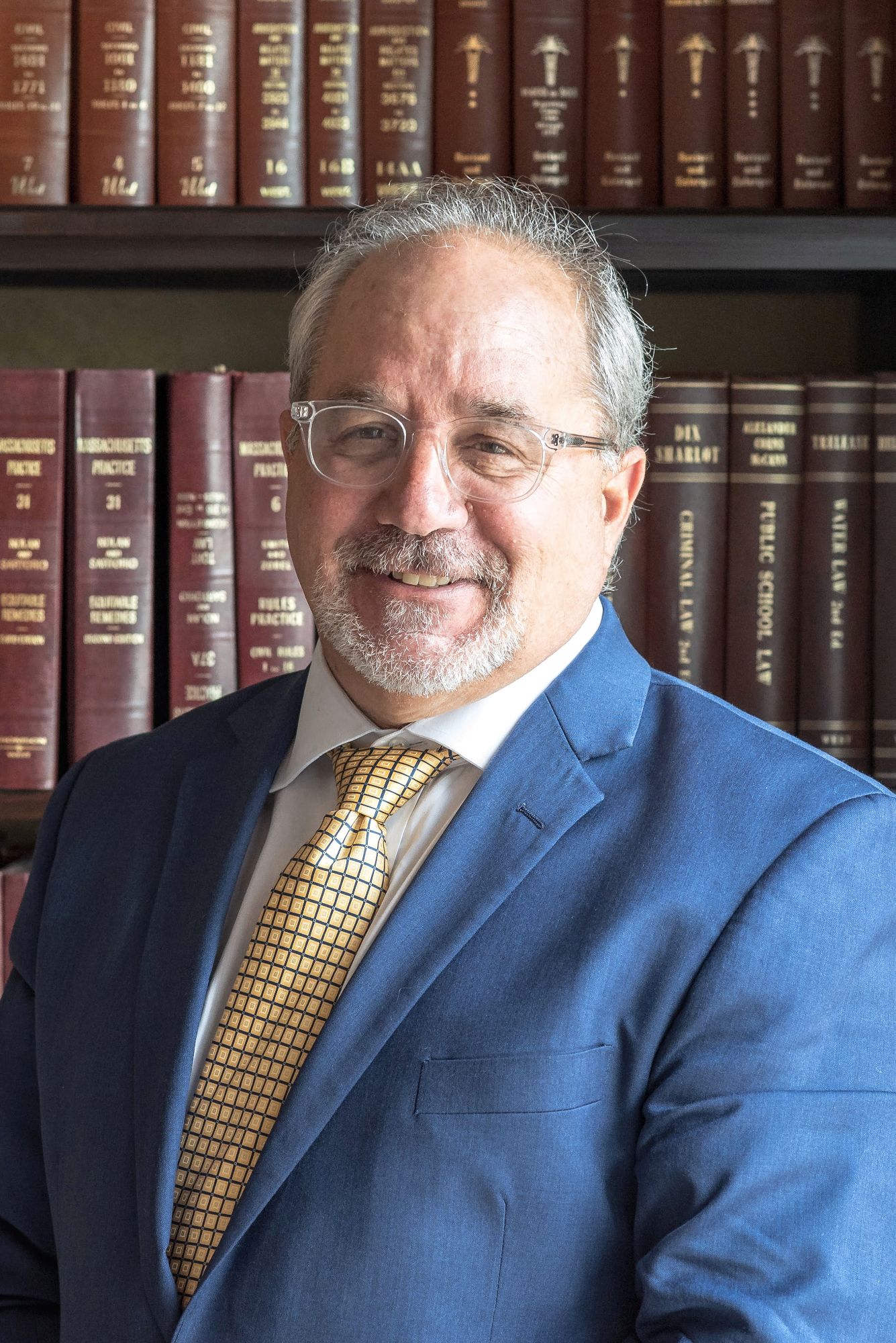 Frank has represented clients from every station in life and prides himself in providing personalized legal service to those most in need. Frank has trial and appellate experience in all aspects of catastrophic injury and wrongful death in Massachusetts State & Federal Courts, represents national corporations and small businesses in formation and litigation disputes, represents lawyers before the Massachusetts Board of Bar Overseers, has experience as a Bar Advocate with the Bristol County Bar Advocates Program, and has made numerous appearances before boards of appeals, planning, and licensing boards as well as other state and federal administrative bodies with licensing and oversight responsibilities.

Upon graduation from law school Frank was selected as the first student from the New England School of Law to serve as a Judicial Law Clerk to the Honorable Joseph R. Nolan of the Massachusetts Supreme Judicial Court, and thereafter returned to a pre-eminent Boston law firm, made partner, and opened his own firm in 1995. Frank was also an adjunct professor for more than thirty years at New England School of Law where he taught legal methods and trial preparation. He was born in Brooklyn, New York, and lives with his wife in Rehoboth, Massachusetts after raising five children and numerous grandchildren.

The following are highlighted cases where Frank has obtained results as lead counsel:

Christmas Day Fire: On Christmas Eve 2011, a fire broke out in a home in Stamford, Connecticut where three children and their grandparents perished. On the day following the fire the City of Stamford, without consulting the mother and homeowner, razed the home and spoliated all of the evidence necessary to perform an objective forensic examination to determine the cause and origin of the fire. Frank pursued a civil rights case on the mother’s behalf against the City of Stamford and two of its officials, garnering national media attention. Frank was hired to seek justice for the mother, to determine the cause of the fire, and why was all of the evidence destroyed. Unlike many plaintiffs who say that they are pursuing litigation because they "don't want to see what happened to them happen to other people," the mother of these children desired only the truth, and she fulfilled this pledge. She did not bring the claim seeking monetary compensation; she set out to and did satisfy herself and others regarding the truth as to the cause of the deadly fire while attaining the right for future fire victims to participate in cause and origin investigations. The resolution of her case resulted in the implementation of fire safety procedures in Stamford and changes regarding notifications in the event there is a deadly fire within the City limits. This client was a true hero and it was a privilege to represent her in this most distressing and unfortunate human tragedy. For more about the case click here.


Ulysses’ Freedom: Frank was the first lawyer in Massachusetts ever to win a jury verdict which declared that a man who had been unjustly incarcerated was indeed factually innocent and entitled to compensation under the Massachusetts wrongful conviction statute. For his efforts in this case, Frank was awarded the Robert Morris, Sr. Award for Courageous Advocacy from the Massachusetts Chapter of the American Board of Trial Advocates. Read more here.